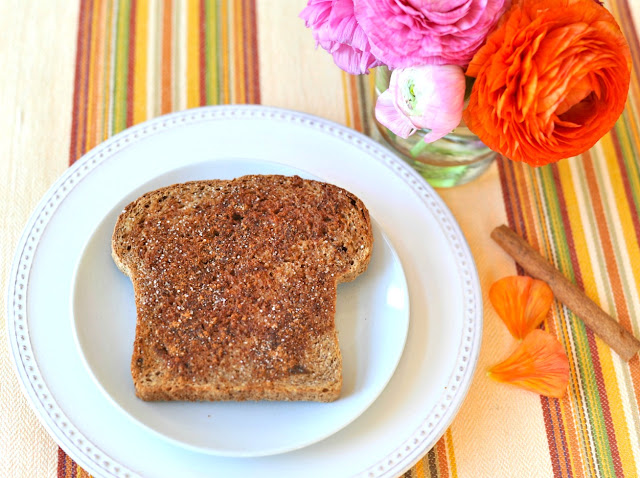 Who ever heard of low carb bread? I mean, isn't bread by virtue of the fact that it's, well, bread the ultimate carb-laden food??

Not in the case of Julian Bakery's Smart Carb #2 Cinnamon Raisin Bread. I love it.

Made with healthy, all-natural whole and sprouted grains - each thick and hearty slice comes in at a whopping 14 grams of protein, 13 grams of fiber, only 1 gram of fat, no sugar, and  2 net grams of carbs - wow!  Check it out: 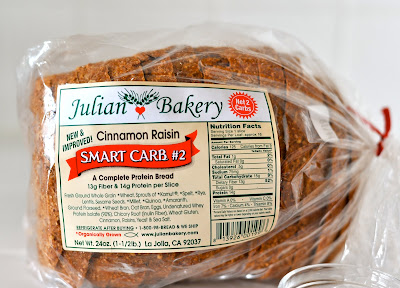 Lately, in between my protein shakes and low carb pasta dishes, I've been enjoying this delicious, guilt-free treat made with Truvia instead of sugar. I also like to use Brummel & Brown's yogurt spread in place of regular butter.  All in all, I think this might just be the healthiest cinnamon raisin toast ever. And it tastes fantastic! 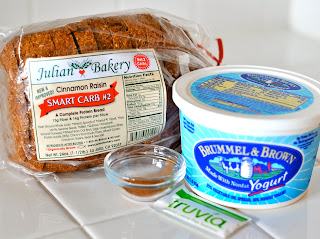 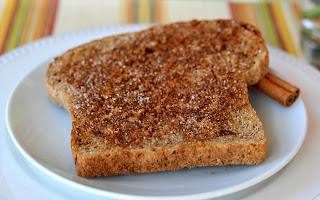 PS - I buy Julian Bakery breads at Mother's Market in Southern California. You can use the Bread Locator on Julian Bakery's website to find a list of other stores that carry their products, as well as order online.

Posted by Veronica Culver at 10:00 PM 3 comments: Links to this post