How to Make The World's Best Burgers (Keto, Paleo) 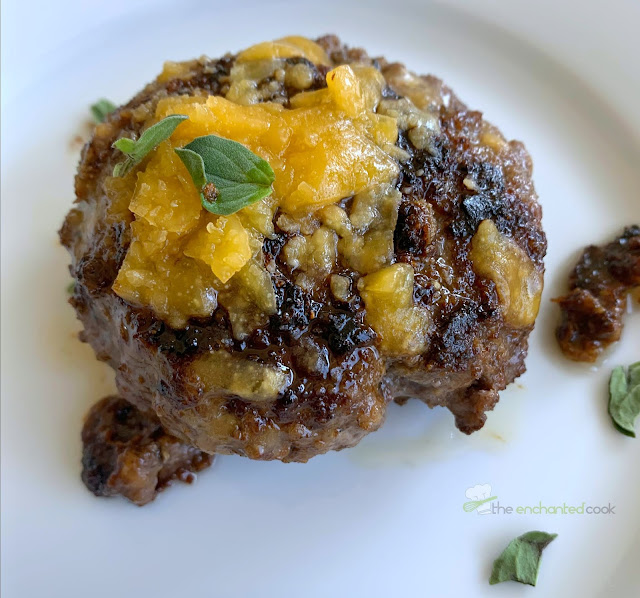 I'm going to share a secret with you that I've never shared publicly before. It's how I make my burgers.

Burgers that are juicy, tender and flavorful.

Burgers that don't "need" a bun, and that certainly don't need to be piled high with extravagant toppings.

I call them "The World's Best Burgers". They're not only incredibly delicious, they're also EASY to make. All you need is ground beef, salt, and a skillet and stove to cook them on.

Sometimes, I like to add a dash of Worcestershire sauce as it gives them an even more umami flavor, but it's totally not necessary. If you want to add a garnish of fresh oregano, perhaps a sprinkle of your favorite cheese like I did today, by all means go for it. But, again, it's not necessary.

So what's my secret?

1) Barely touch it. Here's what I mean by "barely touch it", and this is key - using your hands, break off a portion of the ground beef (enough for your desired burger size) and gently form it into a burger shape. Lightly touch it when you do this, only enough to shape it. It should take no more than 2-3 seconds to do this. In fact, you could just break off a chunk, and instead of forming it, place the chunk directly into your heated skillet. It just won't look as pretty when you're done.

2) Use at least 85/15 (fatty) ground beef. Preferably, 100% grass-fed and grass-finished beef. The flavor is in the fat, but you also want to be sure you're eating good, clean fat to the best of your ability.

3) Simply season it. Just the outside. Give it a sprinkle of Himalayan pink salt or sea salt on both sides of the patty before placing it in the heated skillet. If you want to add a dash of Worcestershire sauce to the top also, do that once it's in the skillet.

So, you gently make your patties, you sprinkle them with salt, and you cook them in a skillet heated to medium. If you want to add the Worcestershire sauce, you just drizzle a little on each side of the burger once it's in the skillet and let it cook into it. How long you cook them depends on the thickness and your desired doneness. As they're cooking, you can turn them, but don't mash them - you'll squeeze the juiciness right out.

If you want to top with cheese, do that right as they're almost done so it has a chance to melt. Adding a garnish of fresh herbs like oregano right before serving, gives it that extra pop.

Also, if you want to put them on a bun and pile them high with extravagant toppings, you can totally do that. You just don't have to.

Posted by Veronica Culver at 3:09 PM No comments: